Climbing Mount Kilimanjaro in Tanzania is top of the bucket-list for just about any adventure traveller. At 5895m in height, it’s not only the tallest mountain in Africa; but the highest freestanding mountain in the world.

How difficult is the Kilimanjaro Climb?

Whichever route you take, a good level of fitness is required. After all, you’ll be ascending a mountain for 5–6 days and for 6 hours daily! If you’re fit, the climb itself is not tough, but if you get altitude sickness you’ll feel pretty poorly. Caused by speedy exposure to low levels of oxygen, this condition is characterised by headaches, tiredness, vomiting, dizziness, and sleeping problems. Of course the risk of experiencing altitude sickness increases the higher you ascend, so the final push up to the summit can be quite trying. We advise consulting your doctor about the possible symptoms and consequences of altitude sickness, and what you can do to lessen its effects.

The best time to go

Doing a climb like this is going to consume your life for at least a year, so make sure you pick the right time to go. The wettest months on Kilimanjaro are March, April and May. November and December have the shortest rain seasons. January and February are the warmest months and June and July are the coolest months.

How to get there

Fly into Kilimanjaro international airport. Most guiding companies start their climbs from Moshi or Arusha town, which is about 45 km from Kilimanjaro International Airport.

Doing a climb like this is going to consume your life for at least a year, so make sure you pick the right time to go..

There are seven established routes up Mount Kilimanjaro. When choosing a route, there are a few options to weigh up. This includes distances, trekking costs, success rates and best possible summit prospects.

The Marangu Route: One of the most popular routes as it is thought to be the easiest. It can be hiked in five days which makes it the cheapest option. There is also A-frame huts along this route that you can stay in. But beware it also has one of the lowest summit success rates of all the routes up the mountain.

The Machame Route: is another popular option and it has a higher success rate. The only issue on this route to be wary of is that the area just before the Shira ridge and the Barranco Wall are both physically demanding. As the route with the highest success rate, you’ll also encounter heavy traffic.

The Umbwe Route: is one of the shortest routes to the Southern Glaciers and the Western Breach. It is probably one of the most scenic, non-technical routes on Kilimanjaro. Plus there are caves along it to explore!

The Shira Route: If you have the cash and the weather conditions are right, you can drive by four-wheel drive to within a half hour walk of Shira Hut at 4000m.

The Lemosho Route: One of the quieter routes up Kilimanjaro,  however, it does eventually combine with the busier Machame route. It is also inaccessible during the wet season.

The Rongai Route: Another quiet route up the mountain. However, it takes a while to get to the starting point of the route and it eventually connects with the busier Marangu route.

The Northern Circuit: This is where the northern side of Kilimanjaro connects with the western side. 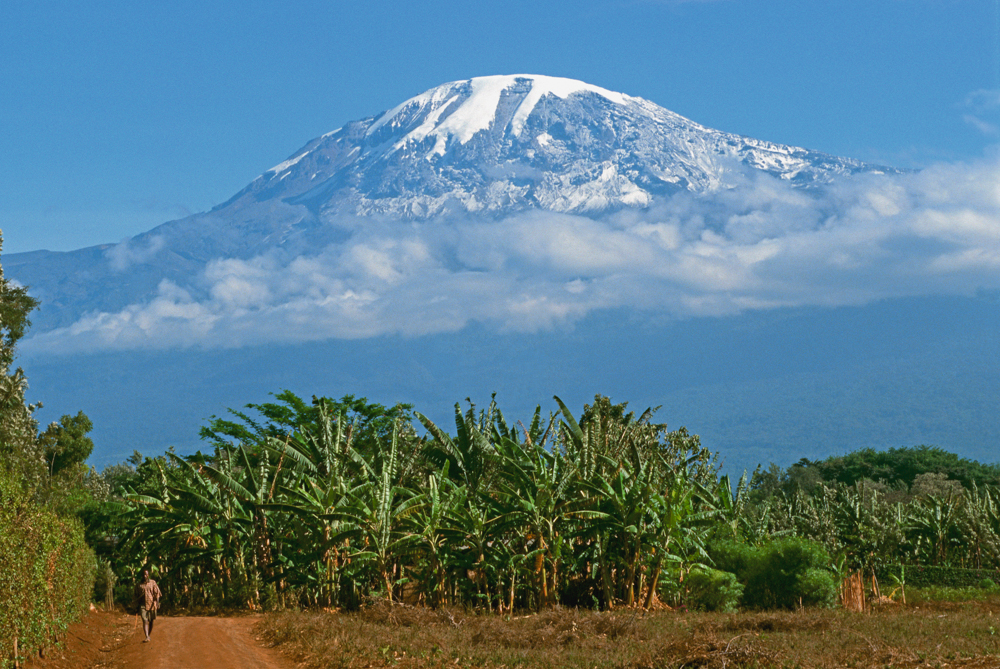 TIPPING GUIDELINES FOR GUIDES AND PORTERS

Guides and porters on Kilimanjaro traditionally work in the expectation that there will be a tip directly from climbers in addition to the contract payments for their labour.  The contract payment rates follow the National Park guidelines, with increments.

We believe that tipping should be regarded as a discretionary matter and a thank you for good service.  Nearly all climbers do return with grateful sentiments towards their crews.

So that climbers can budget appropriately within their means, we suggest the following guidelines, which were agreed upon in a meeting between guides and operators management:

If each climber contributes $50 the amount raised can then be divided among the crew, usually the chief guide receiving the largest tip, the assistant guides slightly less, the cook on a par with, or slightly below, the assistants; the remainder divided equally between the porters.

If individuals want to contribute higher amounts they may of course do so.  It is understood by everyone that single travelers and members of small groups may not be able to give as much as larger groups, although they will sometimes contribute more than $50 each in order to give a reasonably generous tip to each of their crew members.

The bigger the group the less each participant needs to contribute while still providing a satisfactory tip.

It must be stressed that these are guidelines, not rules, and that climbers should also be guided by their own discretion and means.

Details about the method and timing of distribution are discussed further at the pre-climb briefing.