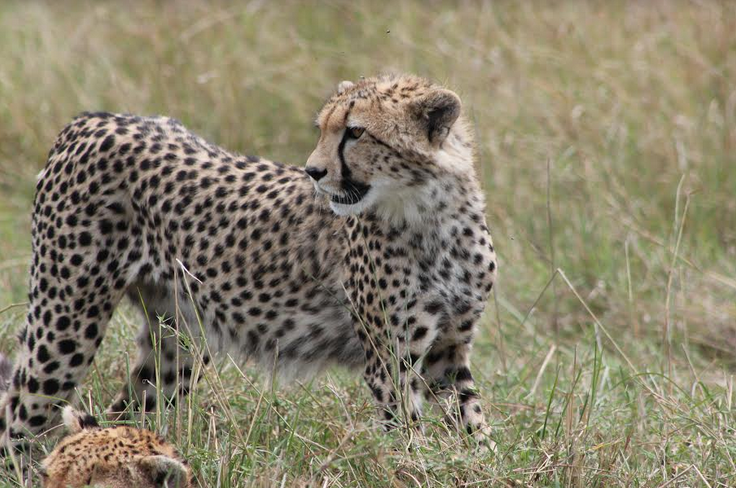 The number one reason to visit the Serengeti National park is because it is one of the main highlights of Tanzania North, one of the greatest safari areas in Africa.

One of the most significant features of this greater safari area is that it is most commonly visited as a road safari.

Every year close on 2.5 million herbivores chew their way along an 800km route around the greater Serengeti.

The herds are led by around 0.5 million zebra, who appear to be the decision makers in terms of routes and timings. The main body of the herds are formed by around 1.7 million wildebeest, who appear to be much more chaotic in their decision making, in fact they really do give the impression of being rather dull headed. The remainder is comprised of various other species including Thomson and Grant gazelles, topi and hartebeest, who tend not to complete the whole circuit but instead migrate around small concentric routes.

The primary driving force behind the migration is water. During dry periods the herds are obliged to remain close to the permanent sources of water to be found along the Mara river and in central Serengeti. When rain fills the seasonal waterholes in other areas, the herds are able to move away from the rivers to find fresh grazing elsewhere.

Where the migration is during each season is obviously a major factor in safari planning and is discussed at greater length in the sections below. Here is a quick overview …

It is easy to become too migration obsessed when planning a trip to the Serengeti national park, when in reality there is plenty else going on. It has been said that even if there were no migration the Serengeti would still be a top class game reserve …

– The Ndutu area of Serengeti Southwest

– The Lobo area of Serengeti North

It is in these areas that you are most likely to find species such as elephant, hippo, leopard, topi, vervet monkey and baboon, to name but a few, plus a wide range of birdlife.

It can therefore be a smart move to visit these locations when the migration is not in town and visitor traffic is correspondingly low.

Generally speaking the weather in Serengeti national park is wonderful, but if you wish to travel in March, April or the first half of May then you will probably need to put up with some significant adverse weather conditions. The whole period November to February can also experience seriously adverse weather, although this would be quite exceptional.